Watch Live @ 6p EST on May 8th with the links below! 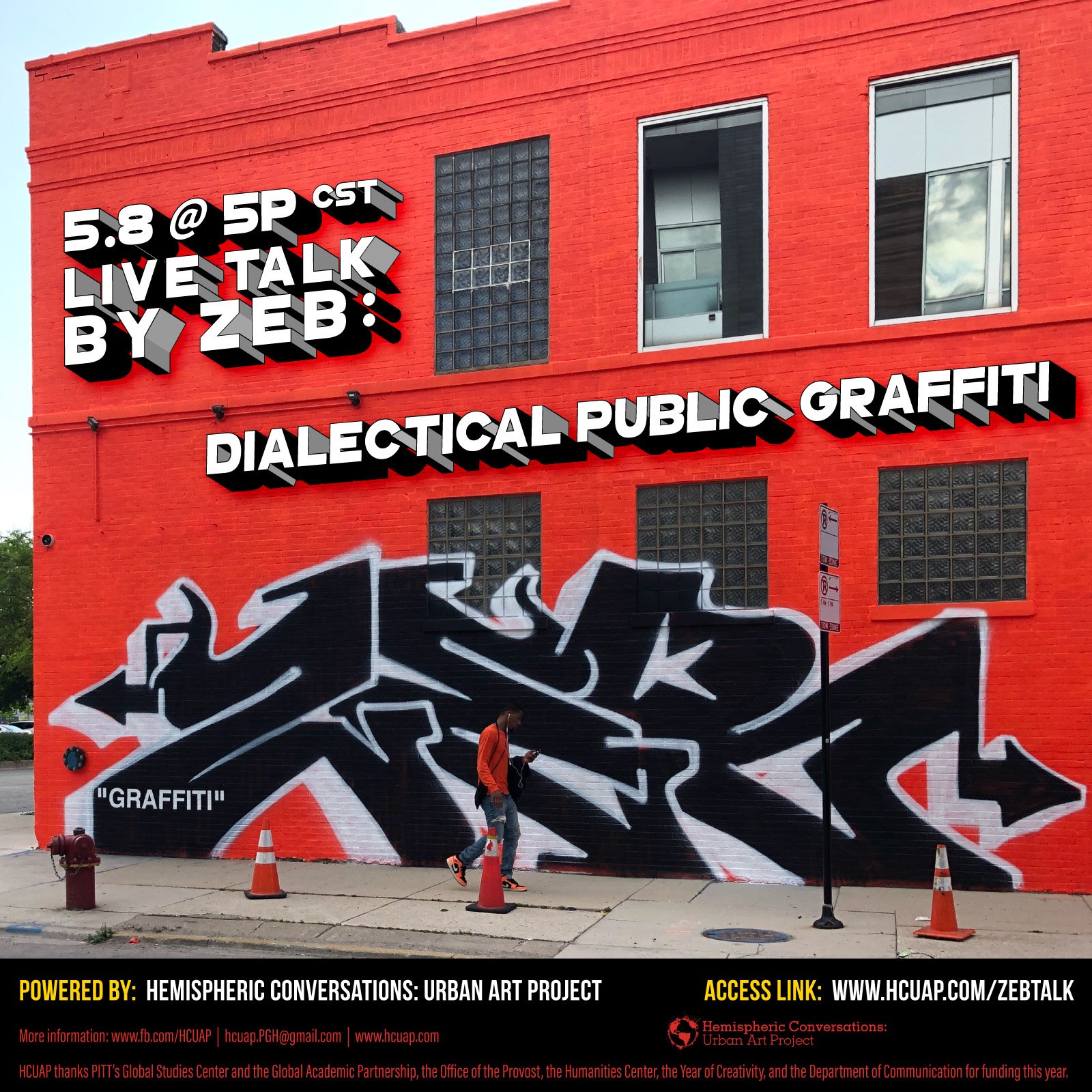 Join us on May 8th at 5p CST (6p EST) for our live stream with Zeb!
Check-in here for the link to the live stream.

Zeb is a transdisciplinary lens-based artist critically focusing on the political and artistic intersections that graffiti writing transgresses. In 2019 Zeb traveled to over ten major US cities where he created performances of illegal graffiti writing, documented and shared the processes on social media where he found that graffiti is often welcomed once you pretend or “perform” like you have permission. Zeb developed this critical focus on graffiti in the photography department of the School of the Art Institute of Chicago (SAIC) under a merit scholarship, which allowed him to focus on the performativity of graffiti and conducted extensive research in the Visual Critical Studies department utilizing autoethnographic strategies to write his thesis ​On the Oppositional Nature of Graffiti.